The Vegapunk Effect is a theory that relates Blackbeard's accomplishment with Doctor Vegapunk's scientific achievements. To be more precise, it ventures on how exactly Blackbeard was able to obtain Whitebeard's Gura Gura no Mi.

But first of all, a description on Vegapunk and his accomplishments.

Dr. Vegapunk is renowned scientist under employment of the Marines. His work includes studies on the powers of the Devil Fruits, the Kairoseki, and the Pacifista Project.

The Kairoseki or seastone is a susbstance that can negate the powers of the Devil Fruits and even weaken Devil Fruit users. It can be taken as a solid version of the sea itself thus affecting Devil Fruit users gravely. Marines have a large quality of it and thus they use it for their cells, handcuffs and weaponry.

This substance is also used to as coating for the bottom of battleships. This will in turn affect Sea Kings. To be more specific, the Kairoseki hides the movements of the vessel upon passing the Sea Kings below it. 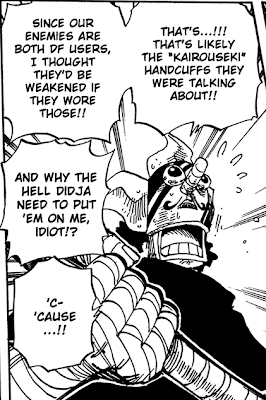 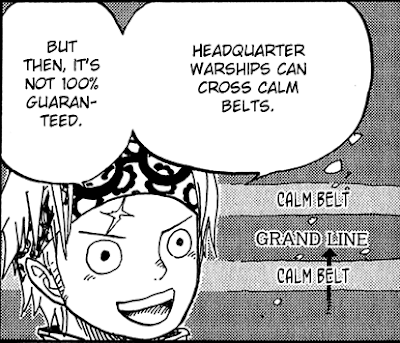 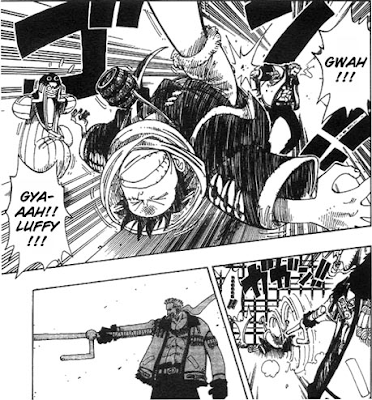 
Some of Vegapunk's research on Devil Fruits was the allowing of inanimate objects to eat a Devil Fruit. This is the case for the Inanimate Object Zoans.

Another study he has done in relation to Devil Fruit research is the in-depth research on Borsalino's Pika Pika no Mi.

Borsalino, better known as Kizaru, is an admiral of the Marines. He is in possession of the said fruit which allows him to create, control, and transform into light at will.

With all of these abilities, Vegapunk decided to incorporate one of the attacks into his other project. The light beams produced was installed into the Pacifistas.

The Pacifista are cyborgs built in the mold of Bartholomew Kuma. The clear difference between them and Kuma is that the Pacifista do not have a Bible, nor do they have Kuma's Nikyu Nikyu no Mi palm pads.  Since they are quite dangerous weapons, they are fairly expensive; roughly the price of one battleship to simply make one. 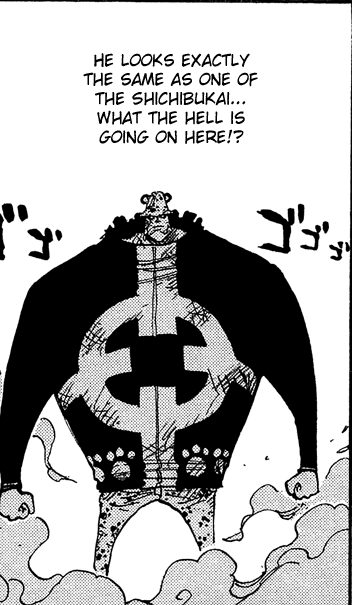 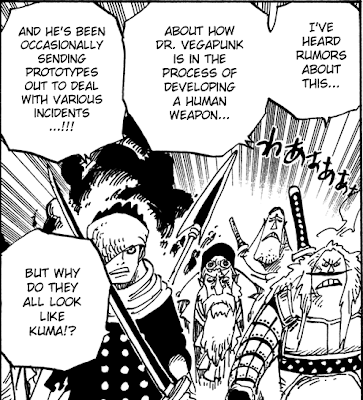 As stated earlier, the Pacifista, with the help of Dr. Vegapunk, are able to produce light beams which are similar to those that Kizaru can create. Since these human weapons are under the Marines, they are designed to detect pirates and stop attacks when an ally is in sight. 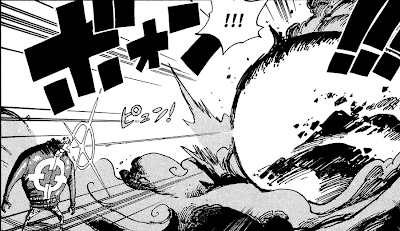 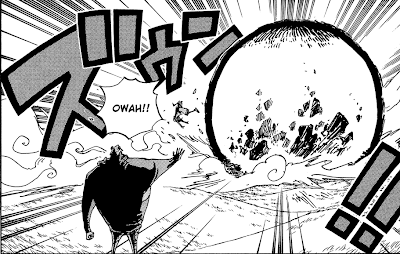 In Chapter 561, we see a group of Pacifistas with Sentomaru preparing to attack the New World Pirates. In contrast to those that appeared at Sabaody Archipelago, these weren't stated to have a codename. The codename template for these is PX-## which may signify the order of their construction. 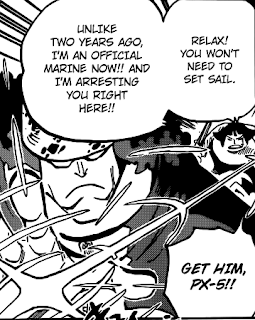 After the two year timeskip, Sentomaru mentions that the Pacifistas that he had with him when he met Luffy again were of an older model, a "prototype" of sorts. There have been certain changes to its design post-timeskip but have yet to be shown.

Eventually, Bartholomew Kuma himself became a full-fledged Pacifista. Dr. Vegapunk finally made him into the human weapon, as many people have called it. He has no more memories from when he was still Kuma. 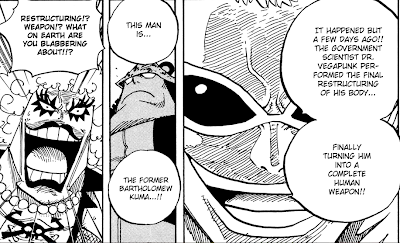 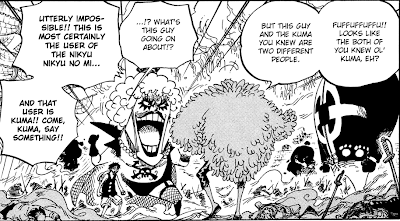 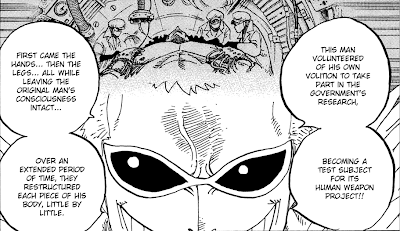 After this look back on who Dr. Vegapunk is and what he has accomplished, the Vegapunk Effect will now be thoroughly explained.

Upon Blackbeard's transition from an innocent man in Java to being the captain of the Blackbeard Pirates, there was also a change in his attire. 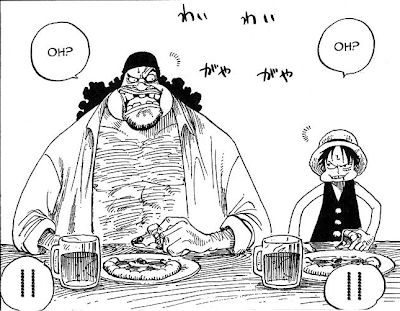 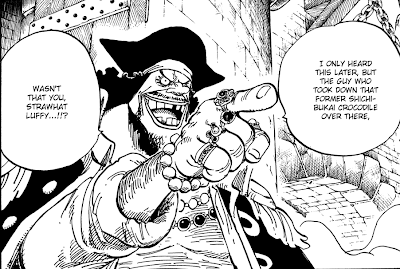 There are multiple additions Blackbeard has made with his attire, the addition of a captain's coat, jewelry on both hands as well as one around his neck, and a captain's hat.

So with this information as well as the fact that Dr. Vegapunk had created a way to give Devil Fruit powers to inanimate objects, one can assume that the method Blackbeard used to take Whitebeard's Gura Gura no Mi was through a procedure made by Dr. Vegapunk.

It is believed that while underneath the Black Cloth, Blackbeard used this said procedure to obtain the fruit and at the same time, used the cloth to conceal it from the public. 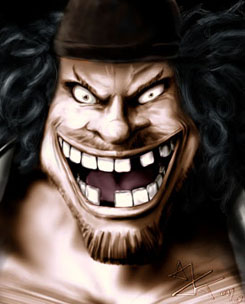